News about ‘Rodham,’ the Hillary Clinton Movie Biopic. ‘Rodham,’ a film about the life of a young Hillary Clinton, is generating serious buzz in Hollywood and Washington. The Daily Beast has the screenplay. Here are some of the juiciest bits from the movie. Hillary Clinton, the former first lady, senator, and secretary of state—who is maybe running for president in 2016—is the subject of a new feature film about her youth. Rodham focuses on 1974, when the 26-year-old was a determined—and relatively humorless—lawyer working as a member of the House impeachment inquiry staff in Washington, D.C. When she wasn’t helping impeach Nixon, Rodham was struggling to maintain a long-distance relationship with a suave Arkansas law professor by the name of Bill Clinton, who was himself busy running for the House of Representatives in his home state. More here: https://www.thedailybeast.com/articles/2013/05/13/some-of-the-juiciest-bits-of-rodham-the-hillary-clinton-movie-biopic-sex-scandal-more.html 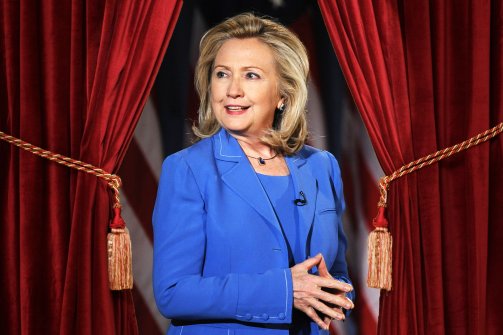