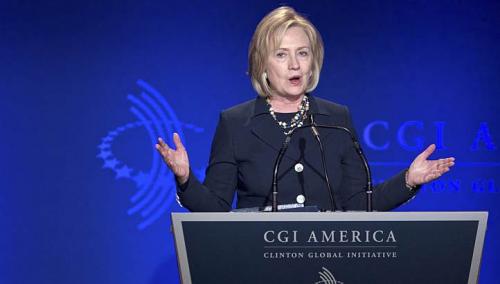 Seen here is the “Hillary Clinton look” – navy pantsuit worn by Former US Secretary of State Hillary Clinton while speaking during the Clinton Global Initiative America meeting in Chicago, Illinois, on June 14, 2013. Mrs Clinton has fed speculation that she might run for the White House in 2016 by telling an audience in Canada that she would like to see a woman president in the United States in her lifetime.– FILE PHOTO: REUTERS 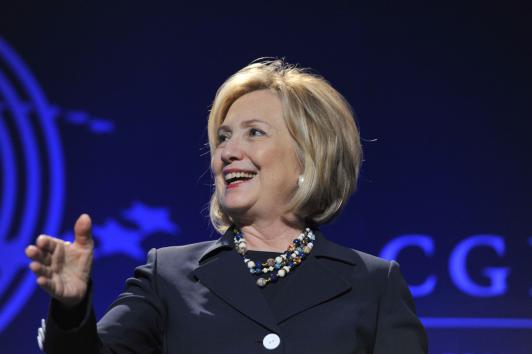