Dress for success and impress your audience.  Hillary Clinton’s Designer, Susanna Beverly Hills does it again.  Meeting with some of the most powerful women in business, Hillary had to look elegant, but still empowered at International Council on Women’s Business Leadership Meeting. 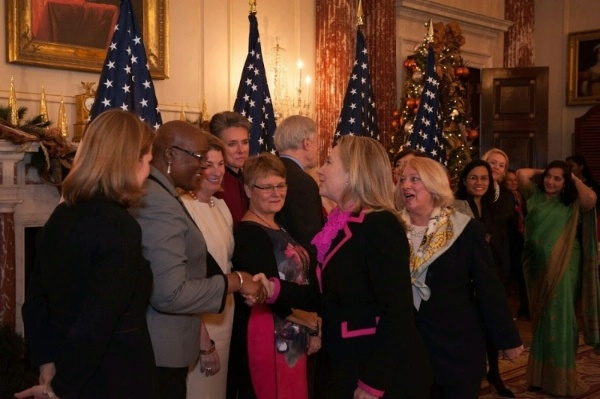