Hillary Clinton wears designer Susanna Beverly Hills while speaking at colleges across the United States. Whether she runs for president or not in 2016, Hillary Rodham Clinton is making sure she stays connected to important Democratic constituencies, from college students and black women to the gay and lesbian community.

Clinton has spoken to a women’s institute in Pennsylvania, a prominent black women’s sorority in the nation’s capital, the American Jewish University in Los Angeles and an organization called Chicago House that helps people with HIV and AIDS.

Her fall itinerary includes speeches before college students at three universities in New York, which she represented in the Senate, an award from the Elton John AIDS Foundation, a speech at a Minneapolis synagogue and an event involving a Mexican-American initiative at the University of Southern California. Read more here: https://www.newsmax.com/Politics/Hillary-Clinton/2013/09/21/id/527006 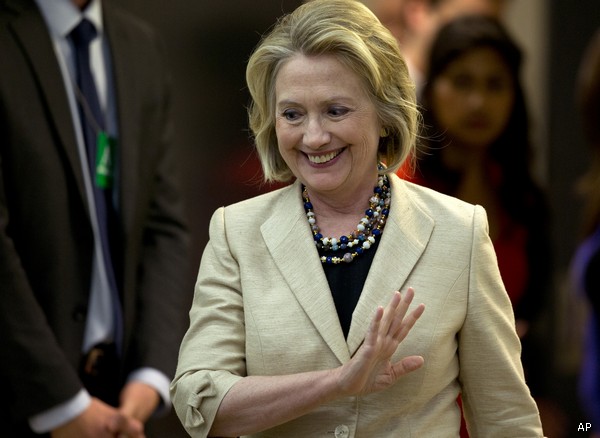