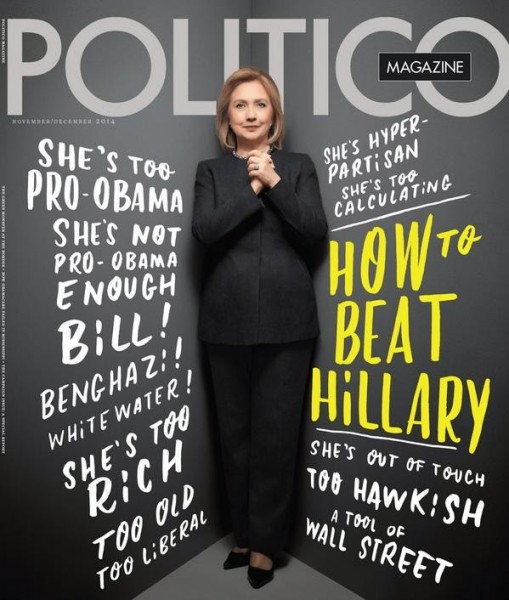 Hillary Clinton is featured on the cover of the November-December 2014 issue of Politico. From the piece written by Maggie Haberman and Glenn Thrush