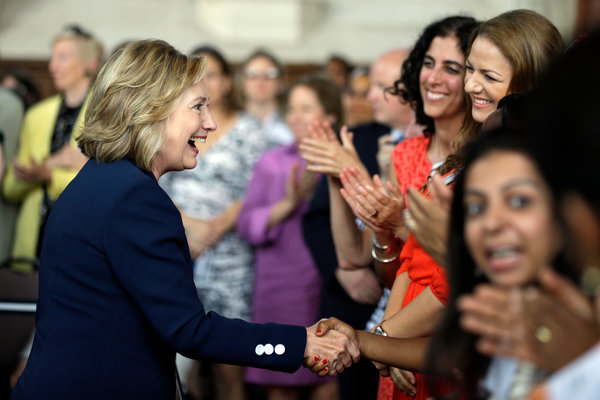 Just a few months after leaving the State Department, Hillary Clinton has plunged into the lucrative world of paid speechmaking, joining a branch of the family business that has brought the Clintons more than $100 million since her husband left the White House in 2001.

For about $200,000, Mrs. Clinton will offer pithy reflections and Mitch Albom-style lessons from her time as the nation’s top diplomat. (“Leadership is a team sport.” “You can’t win if you don’t show up.” “A whisper can be louder than a shout.”)

She sticks around for handshakes and picture-taking, but the cost of travel, and whether a private jet is provided, must be negotiated as part of her fee.