Hillary Clinton on the cover of New York Magazine, clothes designed by Susanna Beverly Hills. For four years, Hillary Rodham Clinton flew around the world as President Barack Obama’s secretary of State, while her husband, the former president Bill Clinton, lived a parallel life of speeches and conferences in other hemispheres. They communicated almost entirely by phone. They were seldom on the same continent, let alone in the same house.

But this year, all that has changed: For the first time in decades, neither one is in elected office, or running for one. Both are working in the family business, in the newly renamed nonprofit that once bore only Bill’s name but is now called the Bill, Hillary, and Chelsea Clinton Foundation, which will hold its annual conference in New York next week. Read more: https://nymag.com/news/features/hillary-clinton-2013-9/ 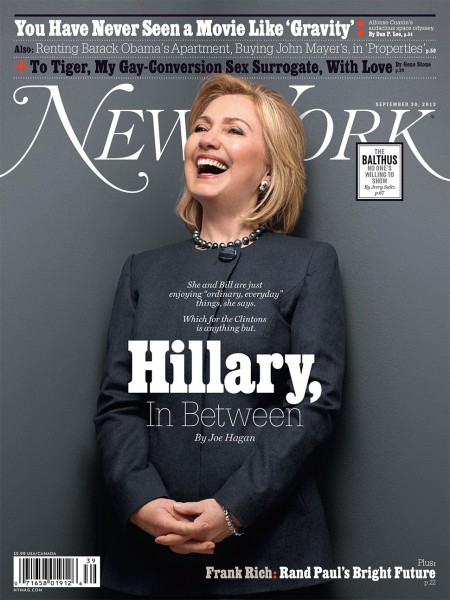