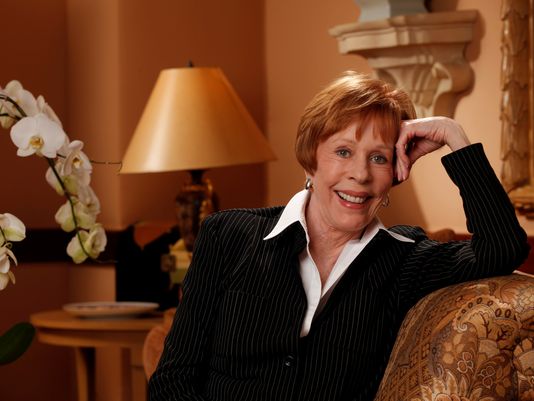 Carol Burnett wears Susanna Beverly Hills while chatting about her new book “Carrie and Me” , a memoir she unapologetically calls “a mother-daughter love story.” Burnett’s oldest daughter, Carrie, died of brain and lung cancer in 2002. She was 38. But before she died, she asked her mother to finish a screenplay she was working on. What Burnett ended up writing was the story of her special relationship with her high-spirited daughter. She said “I felt Carrie on my right shoulder as I was writing. It’s about our relationship, how much we were joined at the hip. I was hoping to bring Carrie’s essence to the page. I felt good about. it.”